Our 2018 Elleker Half Marathon & 10km Road Race was a great success. We had record numbers participate this year with over 260 competitors take part in the Half Marathon, 10km Run, 10km Walk, School Kids Event and a Kids 2km Dash.

All Photos from our 2018 Elleker Half Marathon & 10k Road Race are available to view on our main Albany Athletics Club Facebook Page.

Here’s an Article from the Albany Advertiser Newspaper

Albany teenager Kyle Kowalski surprised himself to become the first local winner of the Elleker Half Marathon in more than a decade on Sunday.

Running the 21km course for the first time, the 16-year-old led from the 7km mark and held off persistent competition on his way to his impressive breakthrough win in 1hr 17min. 13sec.

Kowalski smashed his previous best across the distance by seven minutes to finish ahead of Kojonup’s Richard Avery (1:17.32) and Mt Barker’s Darren McDonald (1:18.31).

Starting the race in a beanie due to the chilly early morning, Kowalski said he was surprised to be in the lead for the majority of the race and hold on for the win.

“I kind of just wanted to stick to whoever was in front and run with them, so it was pretty hectic,” he said.

“Over the last couple of days, a calf injury kept coming back, so I was pretty worried about that.

“It was fine throughout the run though.”

The North Albany Senior High School student has been selected in the School Sport WA 2018 Cross Country team for the national championships on the Sunshine Coast, Queensland in August and will run in the 16/17 years boys division.

The 23rd running of the event was again blessed with fine conditions, with three records smashed in the process.

Earlier, the records tumbled in the 10km road race, with winners Jack Dunn and Angie Ross both rewriting the history books.

Barry Miller won the first 10km walk and Jonah Hanikeri was first across the line in the 2km Kids’ Dash. 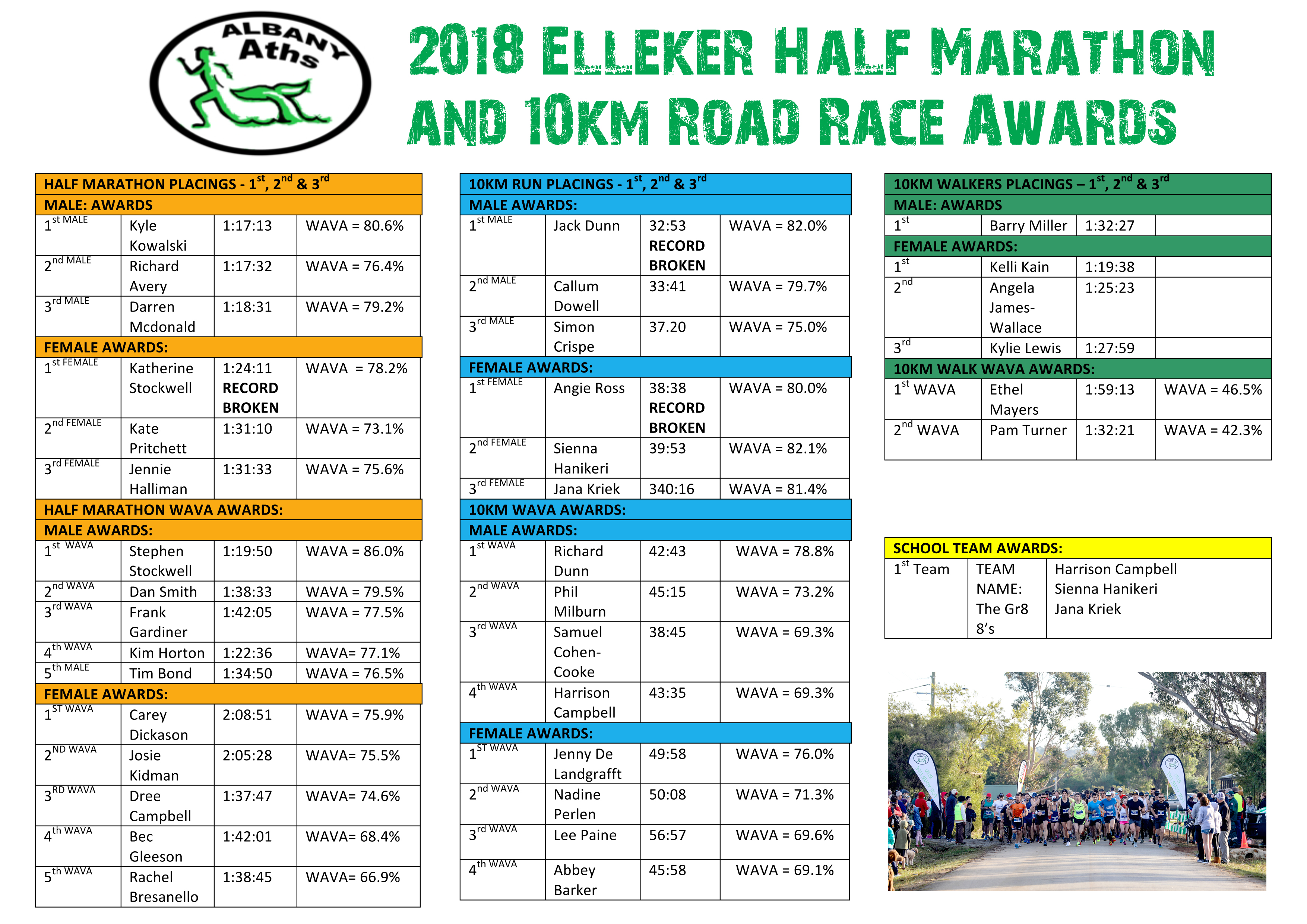